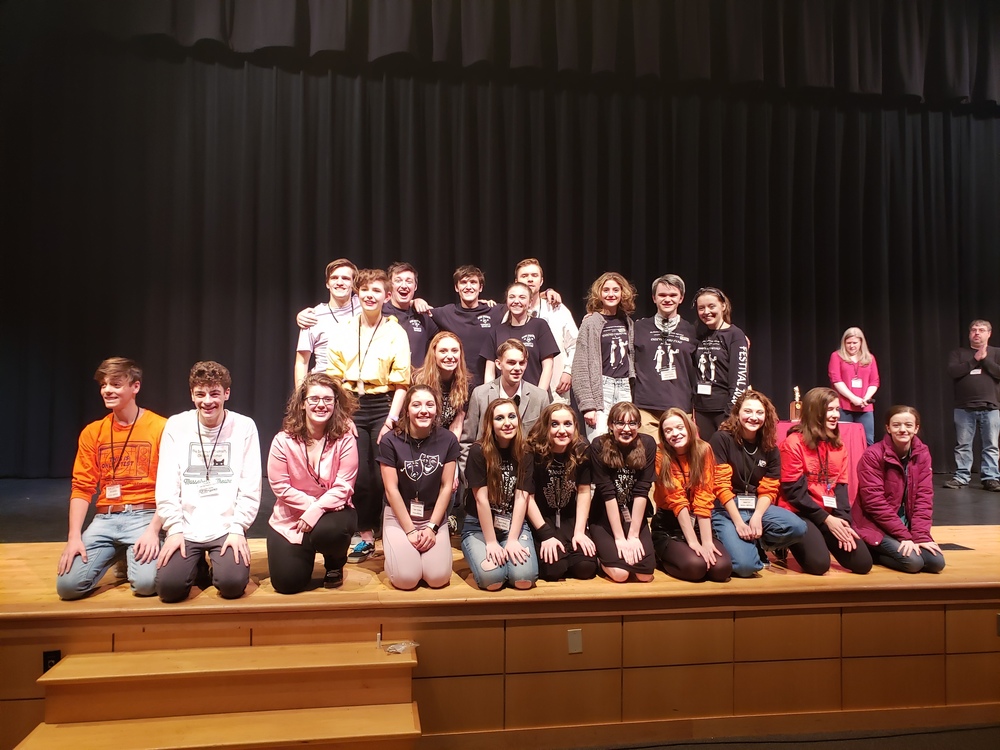 This weekend, Mustang Theatre travelled to Windham High School for the One Act Regional festival. Congratulations to Elijah Lavigne and Aiden Harris for receiving all cast awards for their acting roles, Bailey Baldwin received an award for outstanding Stage Manager, Lily Emery received an award for her set design realization, Phoebe Morley for her Costume designs and Gavin Corey for his Kermit impression. Congrats to the entire cast and crew for a wonderful performance. We placed 6th out of 9 class A schools. If you haven't had a chance to see the show, you will have another opportunity at the Academic Carnival on March 18th!